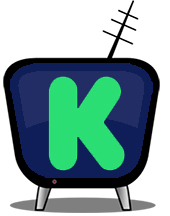 There are a three of things that you desperately need to know about Nottingham.

Now, whilst all three of these facts swim around my brain¹ waiting to become relevant²; it was because of the last of these three facts that I found myself in a car hurtling³ towards Nottingham last Thursday morning. You see, one of my dear friends is an actual proper god forsaken journalist for a reputable and long running geek magazine and he had arranged a number of meetings that day with top nerds to discuss the new releases in the gaming industry.

And I was also there. Yes indeed.

Now I’m not here to talk about the special secret things that journalists talk about when they get to interview games designers. That’s for an actual proper journalist to do.

I am here today to get excited about one of the current projects that Mantic Games are working on; and believe you me – there’s a lot to be excited about.

Now you might not have heard of Mantic; so here’s a bit of background. Mantic Games was started in 2008 by former Games Workshop Managing Director, Ronnie Renton and started producing a range of high-fantasy miniatures compatible with other popular war games. This range included miniatures well-suited Games Workshop’s own Warhammer Fantasy Battles and were affordably priced so they might compete with the more established brands.

This model seemed to work well and over the past 10 years Mantic have gone from strength to strength; moving into producing miniatures and board games for their own Intellectual Property. They have successfully funded over a dozen Kickstarter projects and taken on well-known Intellectual Properties like the Walking Dead and Mars Attacks.

Their latest and most successful Kickstarter todate is Hellboy.

Now Hellboy has always had a soft spot in my heart and I am going to assume you don’t need me to explain what Hellboy is.  If you’re not sure; do a bit of googling; read a few comics and watch a bright red Ron Perlman be sassy at a well spoken fishman for a few hours then come back to me.

Are you back?  No?  Is it because everybody knows who Hellboy is?  It is?  Great! Glad we sorted that out. Let’s carry on.

Hellboy: The Board Game is a co-operative experience in which up to four players face off against some of the comic’s most famous foes. You play an iconic member of the Bureau for Paranormal Research and Defence (BPRD) as you investigate occult threats, explore gothic locations and uncover ancient artefacts.

The game looks amazing; we got to take a look at some of the beautifully crafted miniatures and I was blown away by the quality and skill of the builds.

It all looks very Hellboy; and there’s an excellent reason for this – Hellboy’s creator Mike Mignola has been heavily involved in the project; giving advice on mechanics and models as well as producing some of the artwork you on the box, in the manual and on the playing pieces. 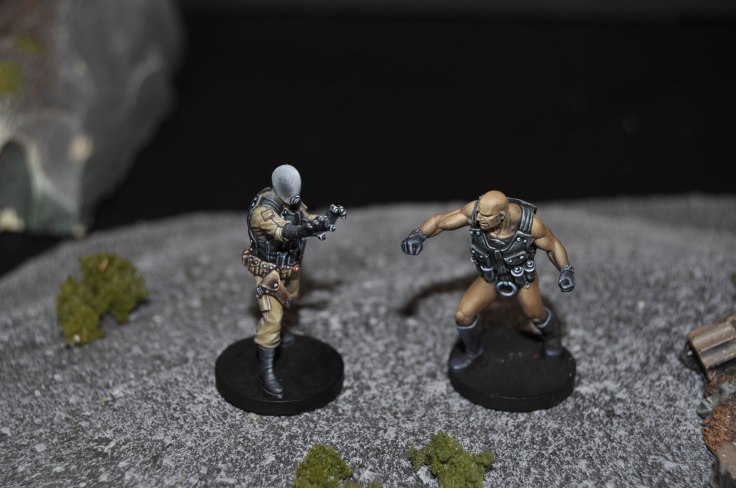 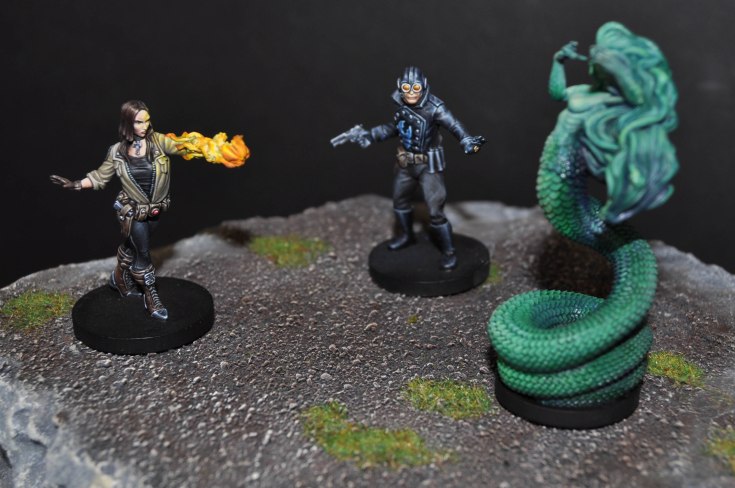 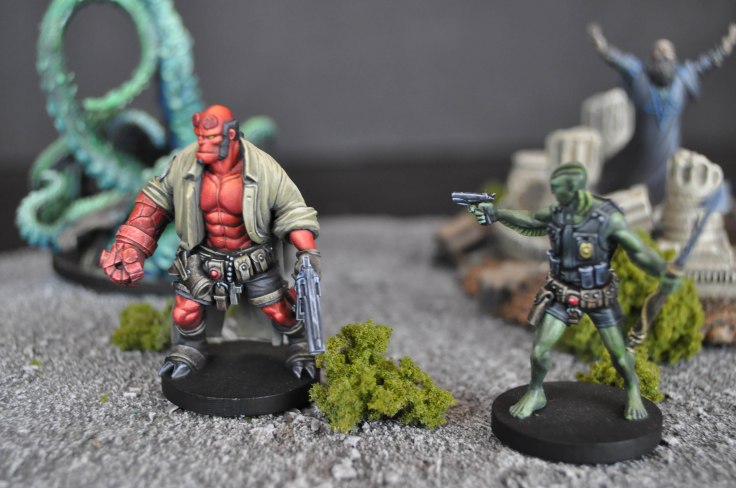 Hellboy: The Board Game takes you through several of the weirder (and that is saying something) missions of the BPRD – working together against a predesigned deck to allow for story cohesion. Looking at it, I get a strong vibe of the Eldritch Horror game as the foe’s story is laid out for each case file. I am very excited about this one. It looks amazingly promising.

Hellboy; The Board Game is out in 2019 with the Kickstarter expected to drop on my doorstep in February.  I’ll keep you posted.

1 – In this analogy, my brain Amity Island and my conscious mind is Police Chief Martin Brody.

3 – I’m being poetic; we hit a lot of traffic.  Trundling really.